Home » Guides » How to tint a motorcycle helmet visor?

How to tint a motorcycle helmet visor?

The visor is probably the most beautiful element in a motorcycle helmet, but it is also the most exposed to scratches. Thus, from its appearance, we can judge the general quality of the equipment. For the different brands, several models of smoked screens and tinted motorcycle helmet visors are available on the market. However, it is also possible to smoke a helmet visor to maintain your appearance and ensure good visual protection. So here’s how to tint the screen of the motorcycle helmet.

Why tint a motorcycle helmet visor?

It is true that in exchange for a few tens of Euros you can revolutionize the appearance of your helmet by changing the color of the visor. For example, you can adopt a scratch-resistant smoked visor

or an anti-fog Iridium visor.

However, to better customize your motorcycle helmet, it is quite tempting to try tinting your visor yourself.

You will have a wide range of choices between a mirror effect, a smoky appearance, as well as various colors. In addition, a visor personally tinted to your taste would be better suited to protect against glare from the sun’s rays, and to make driving more enjoyable on board.

What is the necessary equipment to tint his helmet visor?

To tint the visor of your helmet you will need the following equipment:

Where can I find the necessary equipment to tint my helmet visor?

Tinted films are available in most supermarkets as well as in car and motorcycle accessory stores. You can have good quality tinted films for prices between 10 and 30 €. You can buy them online at

At the time of purchase, make sure that the transparency rate is sufficient to ensure good vision.

How to tint a helmet visor?

At first, the visor must be transparent. In the case of a visor that is already tinted, you may not have the new color or you may have a tint that is too dark. It should be noted that the application of the tinted film is a delicate operation to do, so be patient.

For this reason, it is advisable to train first by trying to place a small piece of tinted film on a transparent plastic surface. The installation site must also be protected from dust and wind to ensure better installation conditions.

Place the tinted film on the visor, trace it with the pen and cut it out on a clean surface. Then spray the water mixed with soap onto the surface of the visor and the tinted film at the same time as you remove the protective film (transparent).

Continue spraying the soapy water, after applying the tinted film to the visor. Spray generously again and put the protective film (transparent) back on top to protect it from scratches due to the action of the squeegee. Rub with the squeegee from the inside out to remove all the soapy water between the visor and the tinted film while avoiding the formation of wrinkles.

Use the dryer to speed up water evacuation. Repeat this operation patiently until you are sure that the soapy water has been completely evacuated and the tinted film has been perfectly glued. Finally lift the protective film (transparent), dry again with the dryer and finish the cutting if necessary with the scalpel.

Your visor is now tinted!

Tinting a motorcycle helmet visor, is that legal?

Be careful with the legal appearance and colour of the visor. Indeed, as part of the helmet, the visor is also affected by the approval. Smoking and dark shades are not allowed on public roads (in accordance with ECE E22.05 standard prescribed by the European Commission). The tinted visor must in no way interfere with vision and the recognition of light signals.

As a reminder, wearing an unapproved helmet is punishable by a fine of 135 € and a withdrawal of 3 points from the driving licence. Preferably choose a light half-tone for your helmet visor. It provides the necessary protection against the sun’s rays, is not likely to cause you any problems during a roadside check. In addition, for safety reasons, never drive with a tinted visor at night.

How do I know the size of my motorcycle helmet?

How to customize your motorcycle helmet? 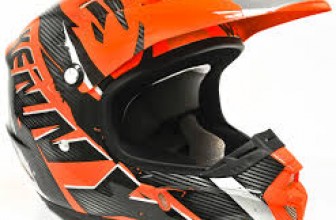 Children’s motorcycle cross helmet: how to choose and which models are the best

Does your child want to do motocross? First of all, it will be necessary to equip it in particular ... 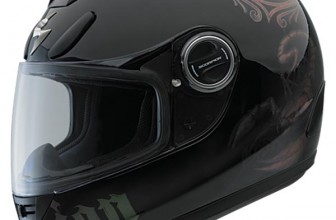 Are you a fan of the Scorpion brand or do you want to buy a motorcycle helmet, without knowing ... 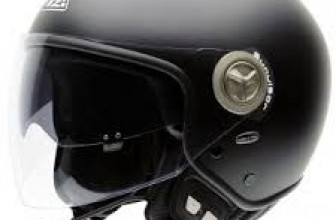 If you ride a scooter and want to receive calls on your mobile phone or listen to music while ...